One of the things I love most about my e-reader is the access it gives me to inexpensive books. Some of the best bargains out there are great books or collections of great authors that you can get for mere pennies.

Now that many of us have more time for reading, you might consider savoring–or in some cases, tackling–some of these:

Germinal by Emile Zola. If you can hack the French, it’s free on Amazon. We anglophones can read it for 99 cents. This is a great book on its own, of course, but it’s particularly relevant right now while the whole nation is basically on a de facto general strike. When you consider what troubles Zola’s miners had to go to merely to organize a strike in one isolated mining district in Germinal, you start to think that our working class, with a general strike more or less materializing out of nowhere, might wake up and demand some nice things too before going back to work. Probably not, though, because, . . .

. . . our ambient levels of passivity and conformism run pretty high. On this theme, read Sinclair Lewis’s 1922 classic Babbit. It gives the American middle class’s first honest look in the mirror. While our economic life in the Roaring Twenties told us we were masters of our fate, sitting on top of the world, our interior lives said we were chumps, self-righteous fools, and slaves to convention. Babbit–the character and the novel–asks what lies beneath the masks we wear.

Speaking of broad human themes, you cannot miss Cervantes’s Don Quixote. It is possibly the first novel ever written and in any case a great literary wellspring of European enlightenment. From cover to cover it speaks unsparingly but with great comic warmth of a world no longer enchanted by religion. Milan Kundera reflects on it, “When Don Quixote went out into the world, that world turned into a mystery before his eyes. That is the legacy of the first European novel to the entire subsequent history of the novel. The novel teaches us to comprehend the world as a question. There is wisdom and tolerance in that attitude.” For 99 cents you can join the communion of the faithful who ask themselves this question over and over.

Don’t let the imposing-sounding title of Epictetus’s Enchiridion scare you off. It’s a highly accessible introduction to Stoicism, which basically says that unplanned, unjust, and chaotic as the world may be, you should still do your best to live an orderly, dignified life. When I read the plain moral brilliance of Epictetus, I have to wonder how we Americans–many of us cheerful, decent people of solid good sense–let ourselves be saddled with the farcical beastliness of Christianity and other Bronze Age Levantine sky god cults. Read Epitectus alongside your chosen “sacred” text and ask yourself which one really and truly commands your conscience.

If you enjoy unpacking surprise gifts, try any of the Stoics Six Packs series on Amazon, especially volume two, which includes Seneca’s essential On the Shortness of Life (De Brevitatis Vitae). They cost 99 cents. Had you been a curious student living in ancient times somewhere on the Mediterranean rim, you would have risked your life traveling through war zones and plague hotspots to go study these masters.

For years I put off reading Proust’s In Search of Lost Time, because (a) it’s seven books long, and (b) it struck me in my youth as too fancy pants for my tastes, which ran more toward Dostoevsky’s direct line of questioning God Himself. My mind was changed though, when I read that it was a stylistic inspiration for Shelby Foote’s massive, novelistic History of the Civil War (also a wonderful read but not one that meets my price criteria for this post). You will be richly rewarded even if you only make it through Swann’s Way, the first book. In it, Proust reveals how hard it is to be human. We think of our lives as more intelligible in retrospect than they are as they happen in real time, but Proust gives pause, page after page, to ask if that’s really true. The thing we think we know best–our self–is a collection of rounded-off impressions and outright illusions that require exertion to be held together. When critics talk about the modernist movement as one that unmasked the incoherence of the individual self–the notion that not only is there no essential me in the present, but that I cannot even construct one from the past–they invariably have Proust’s masterpiece first in mind. $1.99. 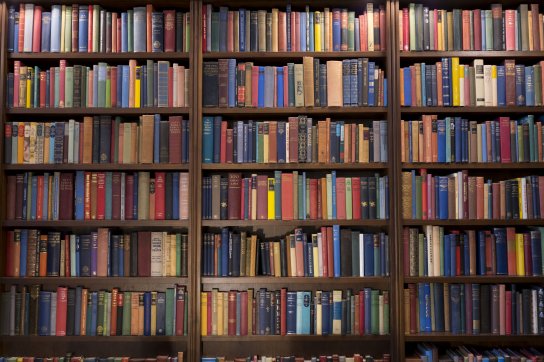 I have several good collections that range in price from free to $1.99. Used to be these beasts were hard to navigate because each book was marked as a “chapter,” so all you could do was move from one book to the start of another. Some were even worse (like a collection of Bertrand Russell I picked up and then abandoned in frustration). They contained thousands of pages, and sometimes all you could do was plow through from the start of the collection toward your desired book. These days, though, many large digital collections are organized better, with internal chapter markings. I am currently reading my way though the complete novels of H.G. Wells, and it is very nicely organized so that you can access individual sections or even chapters in each novel.

In 2015 or so–I can’t quite remember–I decided to read all of Charles Dickens. I was inspired by Orwell’s justly famous essay about Dickens, which convinced me that I would rather be a failed literary critic rather than a successful anything else, even if I came across as pretentious or ridiculous. Plus I didn’t have to quit my day job, which was nice. Anyway, picking up all of Dickens was the easy part. You can get his complete works for a buck.

It’s pretty much the same for Mark Twain, Jane Austen, Balzac, Nietzsche and Goethe. The E.M. Forster collection is good but lacks A Passage to India. I’m sure there are many other great collections out there; these are the ones I’ve spent my time on. Oh, yes, one more I can’t neglect. George Eliot’s Middlemarch is often called the greatest novel in the English language. You can pick it up in Eliot’s collected works and judge for yourself.